How Danny Keefe Found His Voice - A Most Unusual Story

As a mother of four, my first job is to protect my children to ensure their safety, keep them happy and feel loved. With Danny, my instincts to protect are very different than how I want to protect his siblings.

Danny has childhood apraxia of speech (CAS) and was diagnosed at 3 years old. When asked how he compared to other children with CAS, I was told he was severely unintelligible. They didn't have to tell us that we already knew it as we had a very difficult time understanding him. Although his siblings could understand most of what he said and could help us out.

At home, Danny is treated just like his siblings. No special treatment just another member of the Keefe household. Sometimes I would forget he had trouble speaking and communicating clearly until we left the safety of our house and I would hear children younger than him speaking clearly. It was especially hard watching his younger cousins speak so clearly when he struggled so much. His cousins have always supported him, they say cousins become your first friends, we believe that.

I was afraid to send Danny to school for fear he would get picked on by classmates. It was so hard to let him go off to school when my instincts were telling me to hold on and protect him from potential hurt. I knew I had to send him, he needed it and was ready even if I wasn't.

His years in preschool went well. He made friends. We all felt safe. Then it was time for kindergarten. His first year was OK, some children questioned why he talked the way he did, did he speak Spanish and although they weren't picking on him, the words hurt Danny deeply. I still remember Christmas of 2012 when the biggest gifts he asked for was a world globe. When I asked Danny why he told me so he could show his classmates he was from America like them and not from another part of the world. He wanted them to know that was just like them. My heart broke. I couldn't stop this from happening to him. That year Santa brought him his globe and he was so happy!

Another thing happened that year is that Danny decided he was most comfortable in a suit and hat. He wears a suit seven days a week and walks with confidence, as he should!

This year, Danny repeated kindergarten, not just because of CAS, but it did play a role in our decision. This time, though, he would go four full days and one, half day, which meant he would be at school all day and have to go to recess and lunch. While he was very excited about this, I cringed. I knew for some children that these were times of the day when they should be carefree can sometimes be the worst part of their day.  For Danny that became true.

For the most part, he has more great lunches and recess outings than bad, but when they are bad he cries and I cry. Truly, as a mom, it is the most helpless feeling not to be there to protect your child from bad things happening to them. When he would come home upset we talked about it as a family and our motto was, "it doesn't matter what people think of you it only matters what you think of yourself." It was hard saying it when Danny's heart was breaking, but my husband and I believe this. We would also talk about all of the great people in his life.


One day Danny came home and told me how two little boys took his hat off, threw it and then proceeded to throw mulch in his hair. I was so angry - beyond words - and I wanted to march on that playground and speak to those little boys, but Danny looked at me - not even angry - and told me,

"It doesn't matter what they do, Mom.  It only matters what I think of myself."

What I didn't expect, but should have realized, was how these stories were also affecting his siblings. His oldest brother Tim was deeply upset by what was happening to his brother. Tim didn't tell us; he confided in his friends. The friends were so impressed that a six-year-old said that it didn't matter because it only matters what he thought of himself, that one 11-year-old boy started a movement.  The boy didn't know it at the time, he just wanted to support Danny and show Danny that he loved him by also wearing a suit and fedora to school. Then the word started to spread through the entire 5th grade football team that November 20, 2013 was going to be "Danny Keefe Awareness Day." There were 45 boys who came to school to show my son, Danny Keefe, that they love and support him.

My wish has come true.  Danny is protected and it doesn't always have to be just my husband and I, but that our community is also there to help him!


Since November 20th our lives have changed. Locally, schools are sponsoring Danny Awareness Days and 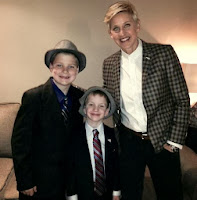 everyone dresses in suits and hats. His story is being told in classrooms near and far. This story has been aired locally and nationally. Most recently, Danny sat across from and spoke with Ellen DeGeneris on The Ellen Show and then demonstrated to the world his famous dance moves.


Even though Danny has Apraxia, Danny's voice is being heard by millions and I'm not afraid for him anymore - (well maybe a little)! He is one of the strongest, most self confident people that I know. We are so proud of him, our family, community and all of those people out there that have taken the time to reach out to us. We feel very blessed and lucky to have this support for our little Danny Keefe.


As a mom it felt great that the lessons we were teaching actually were paying off, but I felt terrible that he had to endure even an ounce of pain.
Posted by Apraxia-KIDS at 7:54 PM 4 comments: 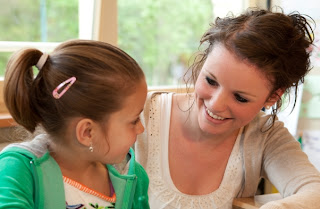 Childhood Apraxia of Speech (CAS) is in terms of diagnosis and treatment a very challenging and complicated speech disorder in children. Children with CAS find it difficult or impossible to accurately produce speech sounds and/or words despite having a good understanding of language. Although there are several treatment approaches for CAS, there are very few published studies examining their efficiency and effectiveness. For example, at present, we do not know the amount of change in speech intelligibility (the degree by which their speech can be understood by a listener) or their ability to communicate effectively in real world situations (i.e., functional communication) following treatment. We also do not know if more intense treatment (although promoted by most clinicians) is actually better for this population.  Thus, there is a strong need for well-designed research studies in this area to advance clinical practice.


In July 2011, the Childhood Apraxia of Speech Association of North America (CASANA) awarded a competitive clinical treatment research grant to Dr. Aravind Namasivayam of the Speech and Stuttering Institute in Toronto, Ontario, Canada. His team consisted of experts in the areas of CAS research (Dr. Ben Maassen, University of Groningen in the Netherlands), speech science (Dr. Pascal van Lieshout, University of Toronto in Canada) and speech disorders treatment (Ms. Margit Pukonen from the Speech and Stuttering Institute, Toronto, Canada). The CASANA funding was used in support of the research project titled “Exploring the Relationship Between Treatment Intensity and Treatment Outcomes for Children with Apraxia of Speech”.
Using the funds from the CASANA grant a specialized screening tool was developed to identify a subpopulation of two to five-year-old children, who demonstrated characteristics of CAS, from a larger database of 102 preschool age children with motor speech issues. All children received a specialized motor speech treatment program delivered by qualified speech-language pathologists in one of two possible treatment formats: high-intensity (2 times a week for 10 weeks) or low-intensity (1 time a week for 10 weeks).  Each speech therapy session lasted for 45 minutes. The speech-language pathologists providing the treatment were randomly assigned to either of these treatment formats. A child’s ability to correctly produce speech sounds in words, speech intelligibility and functional communication were evaluated both before and after treatment. Speech intelligibility was assessed at the word-level (percentage of words correctly identified by a listener) and at the sentence-level (percentage of words correctly understood in imitated sentences by a listener).

Importantly, even though positive changes were found for speech production and functional communication in CAS children with 20 sessions (2 times a week / 10 weeks) there was only minimal improvement in sentence-level speech intelligibility following treatment. Thus, the CAS children may benefit from more than 20 sessions of therapy and from a treatment program that systematically builds in practice of speech production targets in longer utterances (i.e. phrases, sentences, connected speech). At present additional analyses are being carried out to identify factors contributing to positive outcomes in children with CAS. For example, we ask which of the following factors affect a child’s treatment outcomes: child’s participation in the therapy process, amount of home practice and/or quality of parent-child interaction? With further analysis, we will be able to identify key factors that contribute to positive treatment outcomes in children with CAS and thus make a significant contribution to future clinical practice in this area.