Early Advocacy Made the Difference

As the mother of three young children, I figured I’d seen it all from ADHD, tonsillitis, surgeries, colds, and runny noses. I was wrong.

CJ was born on a crisp November day in 2003, two weeks earlier than expected, and with a true knot in his umbilical cord. He should not have survived.

Feeling tremendously blessed, we took CJ home and, for the next six months, went about the busy life of raising four children. The latter half of his first year was spent with picture books in his hands and puzzle pieces scattered on the floor. He was fanatical about pictures. So much so, that by twelve-months old he had mastered 60-piece puzzles with no aid at all, pointing out objects in the pictures. He figured out how to communicate his wants and needs. I used to joke, calling it our private language. He excelled in every area of growth, except for the normal sounds babies make.

His first birthday came and went, but did not take with it his inability to make sounds other than the grunts and groans we’d grown accustom to. With no improvement in articulating formidable sounds over the next months, I spoke to our pediatrician about my concerns. She set up an appointment for CJ, who was 22 months old at the time, to be evaluated by a speech therapist. Her trust in me as a parent would never be forgotten.

CJ was officially diagnosed with Apraxia of Speech.

Hearing CJ’s diagnosis being described as a neurological disorder could have crippled me. Instead, I collected research and questioned his two therapists on ways I could help him at home in addition to his therapy regiment. I searched magazines, the internet, and any other source to find pictures of everything under the sun. Shrinking the images and laminating them into a deck of cards made it easy to take to any ice rink or field my older kids were playing at. We would use car rides as therapy by flipping pictures to CJ and encouraging him to form the sounds. My older children helped, too. Slowly we saw improvement.

As a family, we dedicated ourselves to learning sign language and used amazing DVDs to do so. Once CJ was given his “Picture” book, he could hand us little images of his wants and needs. It was then that I finally understood what he had been telling me all along.

CJ had lots to say. He only needed help finding his voice.

My greatest joy was the first time I heard him say, “Mama.”

The next three years were spent in therapy, where CJ and his therapists developed a fond relationship, one that would unexpectedly follow him into elementary school. There, he entered special services for speech therapy. His original therapist took a job at the school and could keep an eye on CJ, one of her star little guys. We were so blessed.

But soon, it was evident that CJ had met and even surpassed the official state benchmarks to receive services any longer. It was then that an image of a chubby 22-month-old sitting at a lone table in his therapy room and swooning over the mini M&Ms, which had become his expected reward during speech, wafted across my mind. I knew how hard he had worked. I had educated myself enough about Apraxia to know that it could continue to affect him as his vocabulary and the demands on his system increased, especially around third and sixth grades. I could not let his hard work go to waste.

Through my advocacy, CJ was allowed to remain in speech therapy for the remainder of kindergarten, first grade, and the beginning of second grade. He is still in the second grade and was recently discharged from the program; however, I asked for a written agreement, stating that CJ will be allowed back into the program, with ease, if his speech skills backslide when entering third grade. Given that his original therapist is at the school, I am confident she, as his advocate, will insure CJ’s continued care.

The most important message I have through CJ’s story is parental advocacy. There is nothing wrong with standing up for your child’s well-being, as long as it is delivered in a positive manner. Parents can be their child’s voice, until he or she finds their own.

Every child deserves a voice. 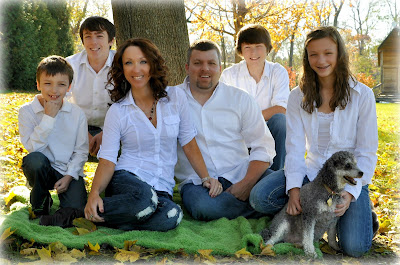 Sheri Larsen is a published freelance and short story writer, and KidLit author. Her current YA novel is with literary agents, and she’s preparing to sub one of her picture books to agents. Her website, Writers’ Ally (http://writersally.blogspot.com), is where she explores writing, children’s literature, and motherhood. She lives in Maine with her husband and four children.